People complain about battery life of their phones (barely lasting single day) and demand 4000 mAh or even larger batteries from device makers.

Capacity of around 3000 mAh is plenty because it’s usually enough for 8 to 10 hours of continuous activity such as browsing web or watching videos.

Here’s a typical power consumption of my Samsung Galaxy S5 (captured about two years ago). With its 2800 mAh battery, the phone lasted little over 3 days including almost 6 hours of SOT (Screen on time). 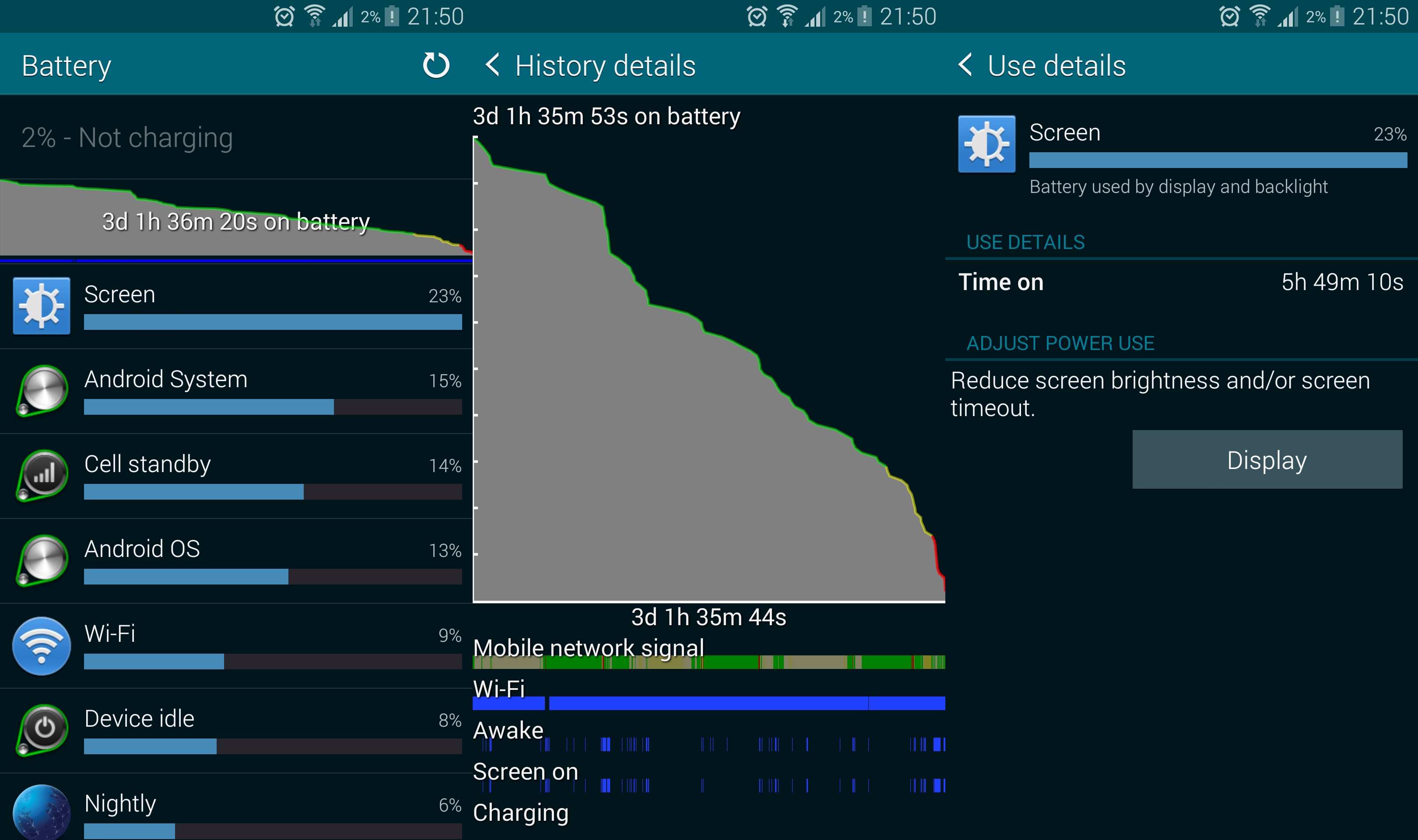 Today, the same 2 years old battery drops only 3-4% overnight. There are around 50 apps installed, both WiFi and mobile networks are active. Of course the device is connected to network – Hangouts and WhatsApp are active (they use GCM) but there are also apps connected not using GCM – Nine (Exchange client) and Conversations (XMPP client). 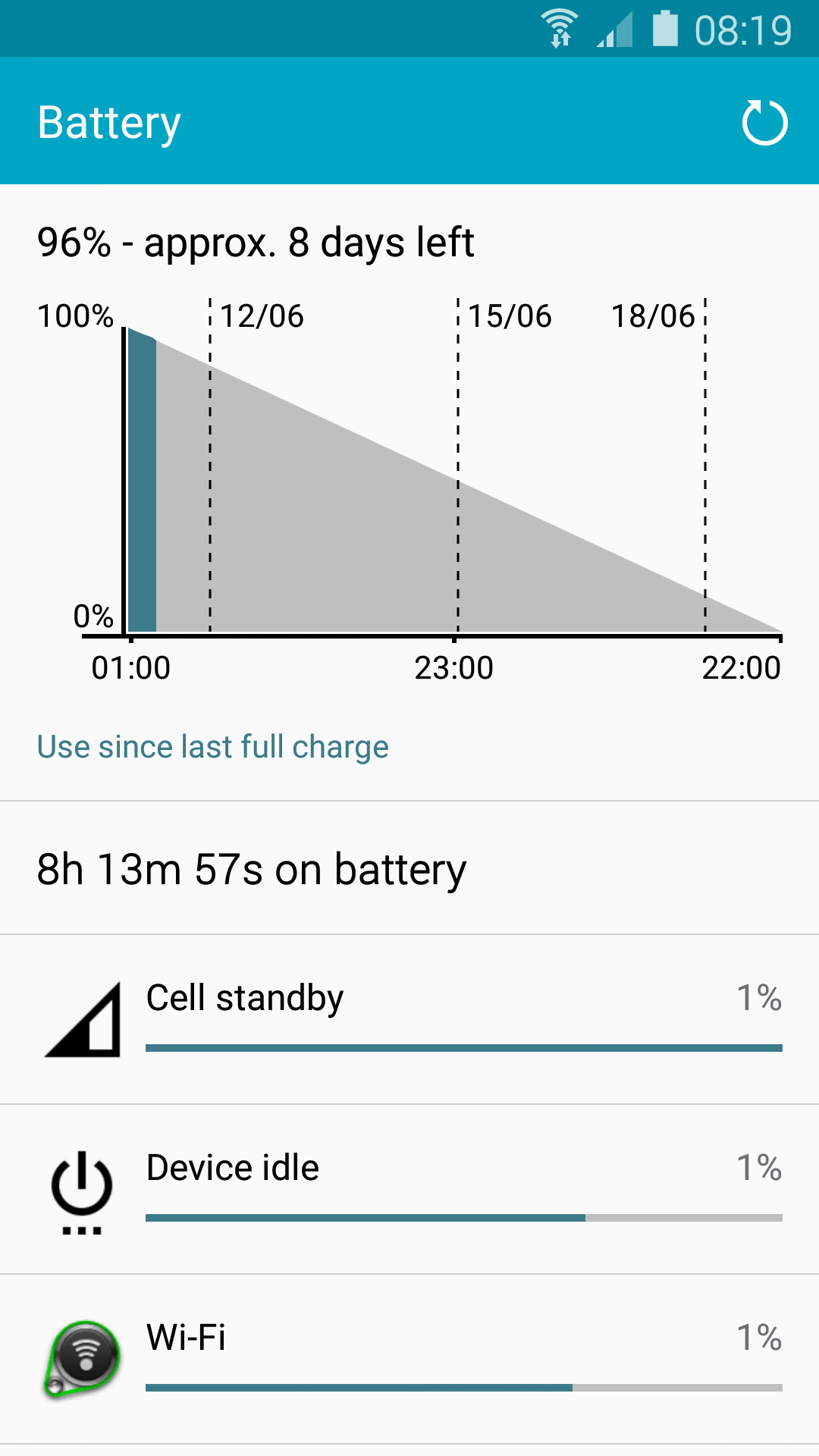 I can say that I find the battery tests done by gsmarena.com accurate. If your phone is stationary and withing reasonably good WiFi / mobile network coverage, there’s no reason to have higher battery drain than 0.5% per hour.

If your battery drain is higher, you’re either in area with bad network coverage or have some rogue apps installed. Unfortunately there’s no universal way to detect the biggest offenders as Android battery usage reporting tool and even monitoring wakelocks may be misleading…